The Korean Peninsula extends southward from the northeastern part of the Asian continent between north latitudes from 33 to 43 degrees and east longitudes from 124 to 131 degrees. The standard meridian of the peninsula is 135 degrees, 9 hours ahead of GMT. The Amnok and Duman Rivers border both China and Russia to the north and Japan lies just across the East Sea. Since 1945, as a result of the Cold War, the peninsula has been divided into two parts: the Republic of Korea (South Korea) and Democratic People’s Republic of Korea (North Korea). 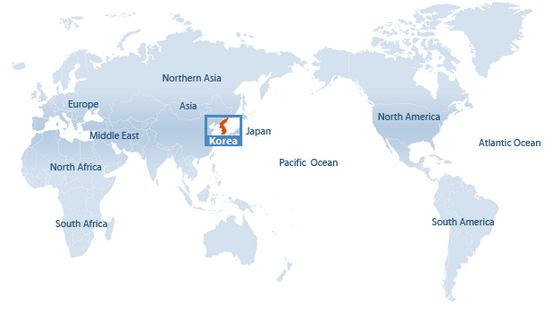 Koreans, like many other Asian people, are descendants of Mongolian Tungus stock. However, they differ from their neighbors, the Japanese and Chinese, in that they are a homogeneous ethnic group with their own language, culture, and customs. Korean people are well known for their generosity, warmth and kindness and are renowned as one of the hardest working people in the world. The following data show the main figures of Korea (as of the end of 2000, Korea National Statistical Office).

Busan, a bustling city of approximately 3.6 million residents, is located on the southeastern tip of the Korean peninsula. The size of Busan is 768.408km² which is 0.8% of the whole land of the Korean Peninsula. The natural environment of Busan is a perfect example of harmony between mountains, rivers and sea. Its geography includes a coastline with superb beaches and scenic cliffs, mountains which provide excellent hiking and extraordinary views, and hot springs scattered throughout the city. Busan enjoys four distinct seasons and a temperate climate that never gets too hot or too cold.
Busan is the second largest city in Korea. Its deep harbor and gentle tides have allowed it to grow into the largest container handling port in the country and the fifth largest in the world. The city’s natural endowments and rich history have resulted in Busan’s increasing reputation as a world class city of tourism and culture, and it is also becoming renowned as an international convention destination. 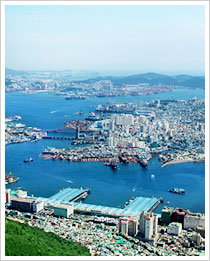 Korea’s climate is regarded as a continental climate from a temperate standpoint and a monsoon climate from a precipitation standpoint. The climate of Korea is characterized by four distinct seasons. Spring and autumn are rather short, summer is hot and humid, and winter is cold and dry with abundant snowfall. Temperatures differ widely from region to region within Korea, with the average being between 6 oC (43oF) and 16 oC (61oF).

Basic unit of Korean currency is won. The exchange rate is subject to change with minor daily fluctuation. As of June 8, 2012, the exchange rate is approximately US$1 to KR ￦1,179. Foreign bank notes and traveler’s checks can be exchanged into Korean Won at the airport, hotels and at all Korean banks. Credit Cards, e. g. VISA, MasterCard, American Express and Diners Club, are all widely accepted.

All people who want to visit Korea need to have a valid passport and visa. The visitors from the countries It depends on the agreement condition between countries.

Korean time is 9 hours ahead of Greenwich Mean Time (GMT+9)
Business hours for banks are generally from 09:30 to 16:30 on weekdays only. Banks are closed on Saturdays, Sundays and public holidays. ATMs are widely available. Major department stores are open from 10:30 to 19:30, including Sundays, but smaller shops tend to open earlier and close later every day.

In Korea, electrical outlets are operated at 220 volt only. Overseas delegates bringing laptop computers and other electrical appliances are advised to check whether a transformer is required.